, /PRNewswire/ -- is proud to announce its next Artist Series collaboration with , a renowned 106-year-old Cuban-American artist. Herrera's style, defined by bold colors, strong lines, and dynamic geometric forms, portrays a sense of orderly minimalism influenced by her early training as an architect. Her groundbreaking creations are a unique cross-cultural dialogue within the international history of modernist abstraction. Carmen's masterpieces have been displayed at solo shows and in permanent collections of the , , , and leading art institutions worldwide. 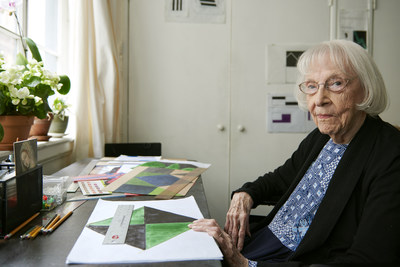 , Herrera, and first joined forces in 2019, when was the presenting sponsor of landmark exhibition Estructuras Monumentales, Herrera's first-ever major exhibition of outdoor sculptures, on view in  .

"Carmen's work is truly extraordinary," says , Chairman, and CEO, . "From our first sponsorship through , it was clear the partnership was a natural fit. There's a shared sense of modernism, an appreciation for clean lines, and bold, minimalist design. Culture is also something Carmen and I have in common—we are both . Her story, dedication to her craft, and enduring drive really resonated with me. We are proud to honor Herrera's legacy and support with this collection."

"It was important to me that this collection represent work from throughout my career," stated . "It is, after all, a design for a timepiece and I was very conscious of the implications of that philosophical and challenging concept, as well as the history and prestige of the Movado brand. has worked with many incredible artists, ranging from to , so it has been wonderful to work on this project. I'm delighted to see my designs come to life with the help of talented team."

"The idea that an artist might just as well design a watch, a textile, or a piece of furniture as create a painting or sculpture is central to the ethos of modernism. How fitting that the legendary , an artist who began as a student of architecture in in the late 1930s, should embrace the opportunity to collaborate with ," says Public Art Fund Artistic & Executive Director and Chief Curator . "This dazzling series of watches embodies that modernist vision of the integration of great art and design into functional form and everyday life. was proud to bring Carmen's sculptures to the people of and , and we are thrilled to see this elegant translation into timepieces of her timeless art."

The Carmen Herrera X MOVADO Artist Series consists of five unique designs inspired by some of Herrera's most seminal works, reinterpreted through the lens of iconic . The collection represents Herrera's vision of geometric abstraction reflected on the museum dial, creating wearable works of art. Herrera drew inspiration from an early black and white painting, created in 1952 while she lived in Paris. Untitled (1952) is now in the collection of , . She was also inspired by works from her Estructuras series, a group of sculptures first constructed in 1971 and still created today, as well as the  painting series that was completed between 1959 and 1971. For other designs, Herrera chose to showcase more recent work in the timepieces, selecting a painting from 1989 and one from 2016 as inspiration. When curating for this collection, Herrera sought out works that are symmetrical as well as asymmetrical, highlighting contrasting balance and tension, color and form.

The Artist Series is limited, with only 100 pieces created of each style and is available now on Movado.com. A total of seven collector's sets that included all five watches in the series, along with exclusive packaging, were also created and sold out immediately. In celebration of this launch, is proud to support by donating a portion of the proceeds.

The first Movado Artist Series launched in 1988 with , featuring Warhol's photography on the dials of his Movado " 5." has continued to collaborate with a diverse group of artists, including sculptor , pop artist , designer Max Bill, graffiti artist , and environmentally conscious photographer and philanthropist .

Herrera's work went broadly unrecognized for decades, and she faced significant discrimination as both a woman and an immigrant. In recent years, however, that has changed, with a major solo exhibition at the in in 2017, which traveled to the in (2017) and Kunstsammlung Nordrhein-Westfalen (K20) in Düsseldorf, (2017–2018), as well as a recent exhibition at the ( – ). Her work is in the permanent collection of , ; the , ; and the , , and leading public art institutions worldwide. Her work is rightly acknowledged as groundbreaking, a unique cross-cultural dialogue within the international history of modernist abstraction.

ABOUT
is the hallmark of some of the most famous timepieces ever created, notably the Movado Museum® Watch with its celebrated single dot dial. One of the world's premier watchmakers, has earned more than 100 patents and 200 international awards for artistry and innovation since 1881. is renowned for its modern design aesthetic and is closely associated with the fine and cultural arts. Today, watches are distinguished by this legacy of design innovation and a dedication to the future of time.

ABOUT PUBLIC ART FUND
As the leader in its field, brings dynamic contemporary art to a broad audience in and beyond by mounting ambitious free exhibitions of international scope and impact that offer the public powerful experiences with art and the urban environment. Learn more at PublicArtFund.org. 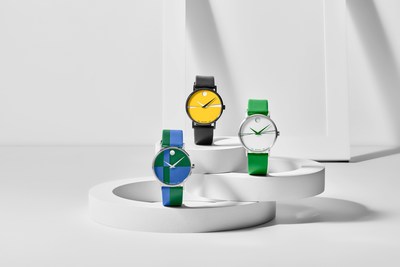 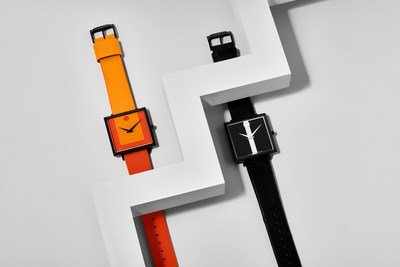